Most of them were reported with underlying health conditions, including hypertension, diabetes, hyperlipidemia, heart disease, kidney disease, obesity, cancer, and strokes. One of the fatalities did not reportedly have any health conditions.

Of the new cases, 1,723 were found in hospitals and medical services (which includes contact tracing cases), 838 were from a proactive approach at previously reported clusters, 784 were from prisons, and the remaining 10 were imported cases.

Regarding the non-prison local infections, the highest numbers of patients were reported in Bangkok with 925, followed by Nakhon Pathom with 292, Nonthaburi with 232, Samut Prakan with 196, Samut Sakhon with 158, and Songkhla with 106. Chonburi reported 56 new and confirmed domestic infections this morning. 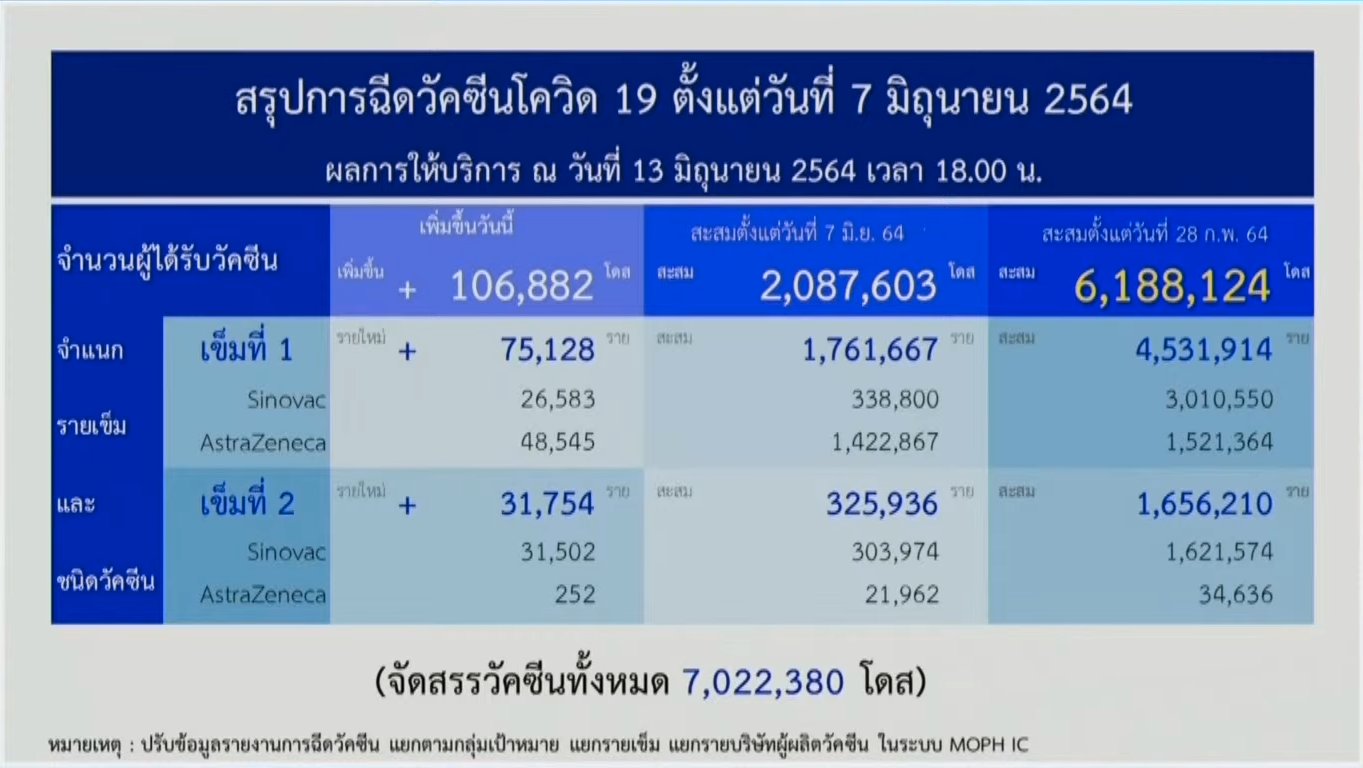 31,5022 people had their second shots with a Sinovac vaccine and the second dose was given to 252 people with AstraZeneca, marking a total of 31,754 people.

As of today, 3,530 people fully recovered in the past 24 hours and have been released from field hospitals and quarantine centers. Thailand has now reached a total of 199,264 cases with 157,944 recoveries and a total of 1,466 deaths since the start of the pandemic. 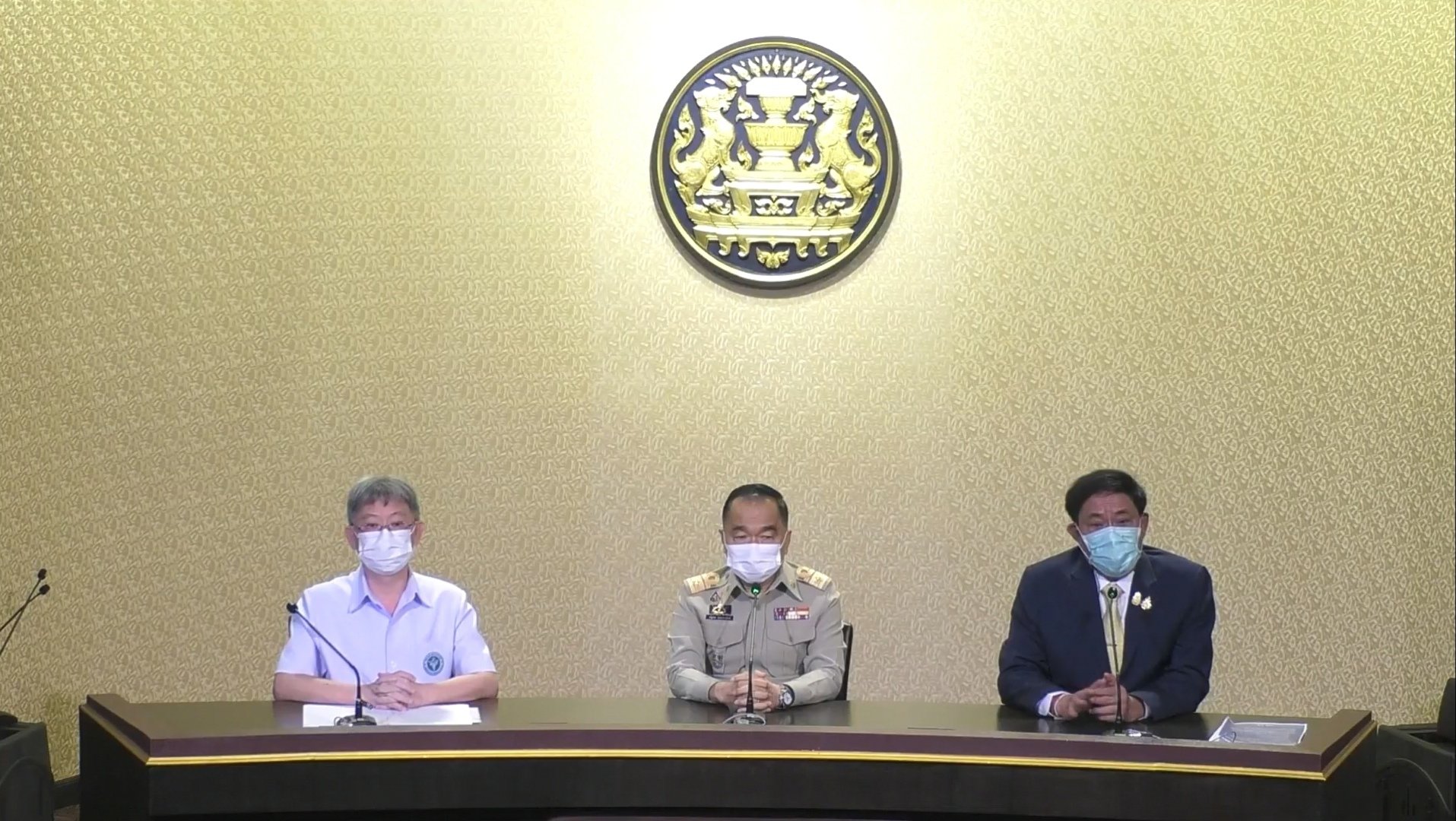 Meanwhile, Dr. Opas Karnkawinpong of the Disease Control Department, Natthapon Nakpanich from the Center for Covid-19 Situation Administration (CCSA), and Bangkok governor Aswin Kwanmuang held a press conference this morning, regarding the vaccine postponement in many hospitals in Bangkok due to the allocation delay.

The governor stated the reason for postponing the vaccination appointments for people registered with the Thai Ruam Jai application from June 15th onwards was that the producer was experiencing some technical issues. A rescheduled date of vaccination will be announced later for the applicants.

The officials also confirmed that the country has procured more Covid-19 doses, including Sinovac and AstraZeneca. They also reassured that vaccines will be delivered according to the plan and the vaccination will continue on the following day after the scheduled amount of vaccines has arrived in the capital.