Thailand discovered a total of 3,174 daily Covid-19 infections with 51 additional deaths in the past 24 hours, marking the highest death rate since the Covid-19 outbreak in Thailand, CCSA spokesperson Taweesilp Visanuyothin reported this morning, June 23rd.

Most of them were reported with underlying health conditions, including hypertension, diabetes, hyperlipidemia, kidney disease, strokes, heart disease, obesity, cancer, and liver disease. Five of the fatalities did not reportedly have any health conditions.

Of the new cases, 2,392 were found in hospitals and medical services (which includes contact tracing cases), 720 were from a proactive approach at previously reported clusters, 36 were from prisons, and the remaining 26 were imported cases.

Regarding the non-prison local infections, the highest numbers of patients were reported in Bangkok with 956, followed by Samut Prakan with 501, Samut Sakhon with 240, Songkhla with 185, Chonburi with 142, and Pattani with 120. 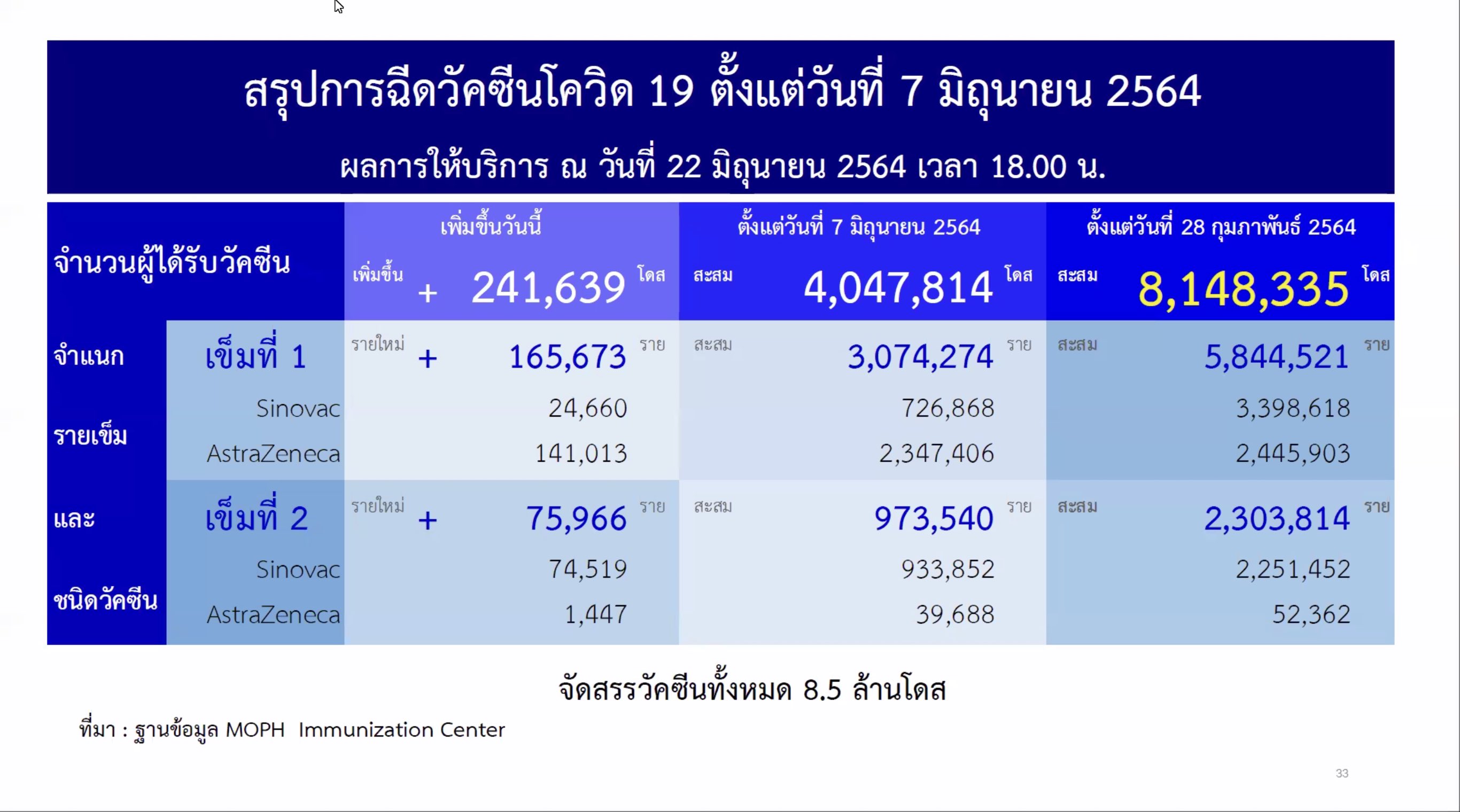 74,519 people had their second shots with a Sinovac vaccine and the second dose was given to 1,447 people with AstraZeneca, marking a total of 75,966 people.

As of today, 1,941 people fully recovered in the past 24 hours and have been released from field hospitals and quarantine centers. Thailand has now reached a total of 228,539 cases with 189,777 recoveries and a total of 1,744 deaths since the start of the pandemic.