Food delivery application “Foodpanda” apologized for its online statement last night, July 18th, as it was facing an online boycott after addressing its food delivery employee who was caught in a video appearing to be setting fire to a portrait of His Royal Majesty the King, calling it committing an act of violence and terrorism.

The boycott from both customers and restaurant owners has caused, according to local media, a loss of numerous activated accounts of the application overnight.

This began when a Twitter account had posted a video capturing a protester standing in front of a burning portrait of the King at the pro-democracy demonstration in Bangkok yesterday, July 18th, before walking towards a motorcycle with an attached Foodpanda parcel at the back.

Foodpanda’s official Twitter account then made a statement stating that the company has a policy against violence and all forms of terrorism. The employee spotted in the video clip would be prosecuted under company policy and would be fired immediately.

The statement had prompted a wave of social media backlash from pro-democracy activists last night, with a trending online hashtag #banfoodpanda (#แบนfoodpanda). Many of them started deactivating their accounts and deleting the Food Panda application on their mobile devices, posting videos online. Some restaurant owners had also withdrawn the business partnership with the application.

Amid the social rage, the company later issued an apology online on Monday for its earlier statement, saying that the company respected freedom of expression and expression was not terrorism. The rider would not be dismissed due to the incident. Based on social media reaction this evening, however, many have not accepted their apology and stated they plan to continue to personally blacklist the company for calling what protesters stated was an act of expression, an act of terrorism and violence.

Foodpanda has, as of this afternoon, stated they had not identified the rider in the video. 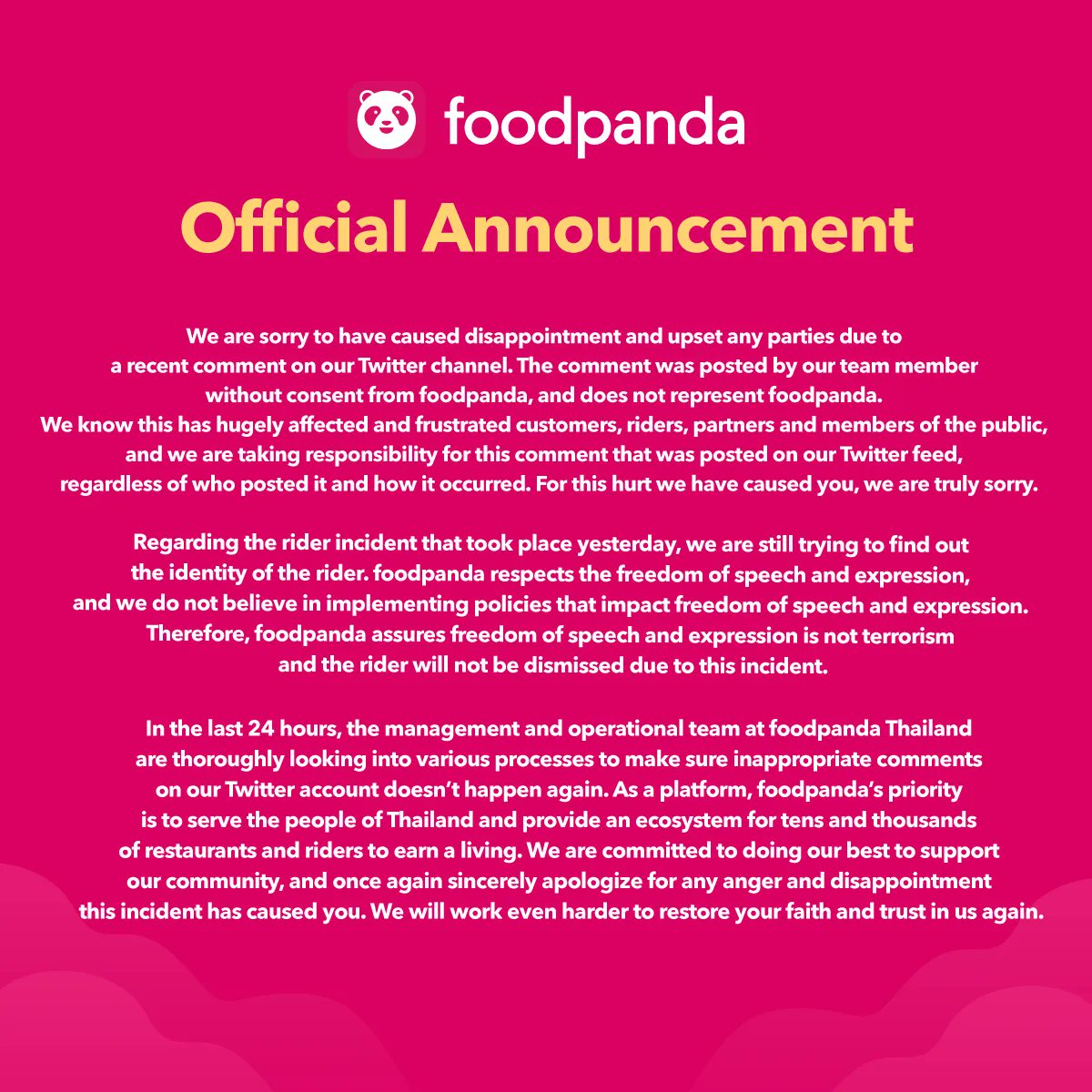