A Foodpanda delivery man who had attended a pro-democracy protest on Saturday was captured by a group of undercover police late last night yesterday, July 19th, over a lese majeste charge, or Section 112, after being seen in a video appearing to be setting fire to a portrait of His Royal Majesty the King during the protest.

The video in question became viral since Sunday as the food delivery company had responded to its employee’s action as ‘terrorism’ and said that he would be fired immediately, sparking anger from pro-democracy activists and a widespread Twitter campaign to “ban” Foodpanda. The company later apologized for the statement, saying the rider would not be dismissed due to the incident, stating that their employees had the right to express their opinions and it was not terrorism.

You can read the prior story coverage by clicking right here 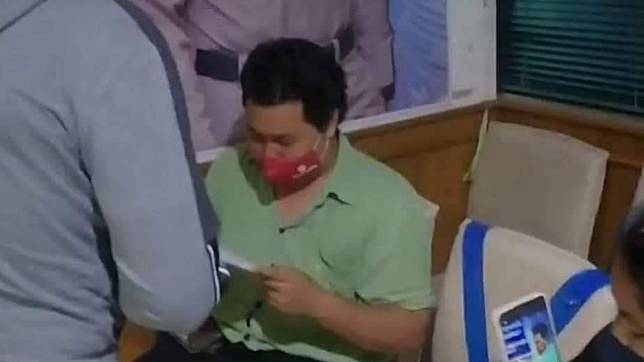 However, as of 9:50 PM, the 25-year-old rider, who was identified as Sittichok, was reportedly arrested at his home in the Rangsit area, according to Thai Lawyers for Human Rights (TLHR).

This took place following an arrest warrant issued by the Bangkok Criminal Court. Sittichok was initially taken to Pratunam Police Station for daily reports before being transferred to Nang Loeng Police Station, where the alleged crime took place, this morning.

According to the warrant, the rider was charged with Thailand’s harshest law of Section 112 of the Criminal Code for insulting, defaming, and/or threatening the King, the Queen, or the members of the royal family, as well as violating the Emergency Decree that prohibits gatherings or activities that are at risk of spreading the disease. He also faces charges for the destruction of public property.

Don’t forget to subscribe to our newsletter and get all our news delivered to you in one spam-free daily e-mail Click here!OR, enter your e-mail below!