The Nakhon Sawan Provincial Court this morning, August 25th, has issued arrest warrants for Police Colonel Thitisan “Chief Joe” Uttanaphon and 7 other police officers for reportedly suffocating a drug suspect to death while 4 of them are already in custody.

A team of 12 officers was wanted by the police following leaked footage that went viral on social media earlier in the past few days, appearing to show four plain-clothes police officers covering a suspect’s head with a plastic bag while beating him in order to reportedly extort 2 million baht from the suspect. The victim was pronounced dead afterward.

The National Police has discharged superintendent Thitisan and the allegedly involved officials yesterday while conducting an internal investigation.

As of 9:26 AM. of this morning, four of them were arrested while reportedly attempting to escape and were immediately taken for questioning by the Provincial Police Region 6 inspectors.

Colonel Thitisan and the rest of the officials, who are believed by officials to have already fleed to other provinces, are now wanted by the Nakhon Sawan Provincial Court following the arrest warrants issued earlier this morning.

The Border Patrol Police and the Immigration Bureau officials are also currently tightening the inspection along border areas of Thailand to prevent the superintendent from leaving the country. 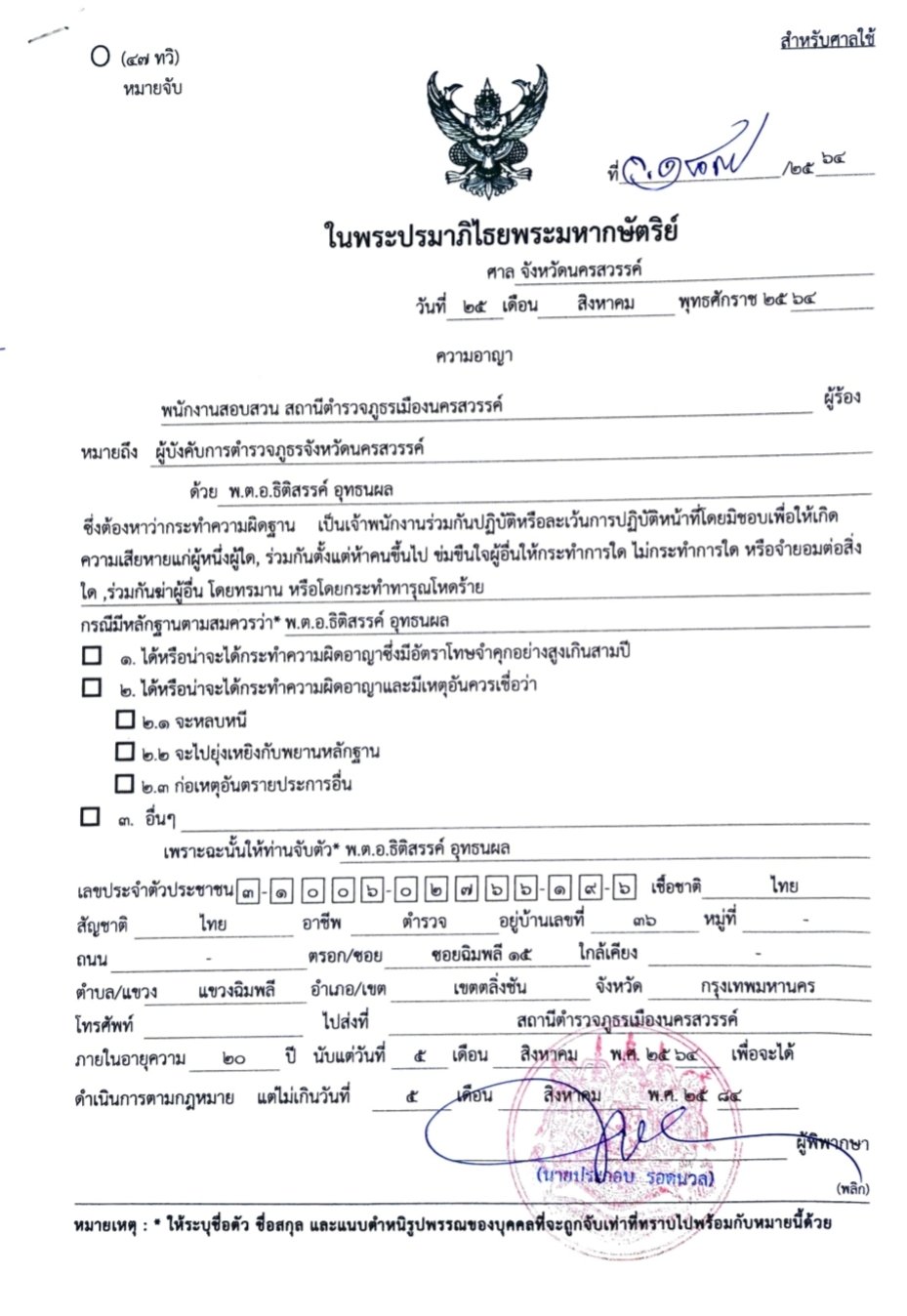