Pro-democracy protesters gathered at the Pathumwan intersection this afternoon, November 14th, to protest against the Thai Constitutional Court’s verdict on Wednesday, ruling that protesters demand for monarchy reform could be considered as treason.

The Court ruled on Wednesday that three prominent pro-democracy protest leaders’ actions could lead to overthrowing the country’s “democratic regime with the monarch as the head of state” under Section 49 of the Thai Constitution. Although not being able to implement penalities, the ruling could lead to harsher action against the leaders and any oppositional political gathering, which had sparked anger among the demonstrators.

The gathering, led by the United Front of Thammasat and Demonstration (UFTD), was previously scheduled at 3:00 PM. at Democracy Monument. However, the protest was swiftly moved to downtown Bangkok after Thai police had blocked all routes to the Monument since this morning.

After the relocation announcement around 1:44 PM., some uniformed police were seen on the Pathumwan BTS Skywalk to monitor the situation, ahead of the scheduled protest time.

As of 3:00 PM., a number of protesters had already occupied the space in front of the Bangkok Art and Culture Centre (BACC). Road traffic on Rama I road and around the intersection had been blocked.

Mocking puppets of the Constitutional Court’s judges and handwritten banners were seen hanging from the skywalk, including ones in Thai saying “They said I want to overthrow the monarchy, but I am only asking for reform.” and in English saying “We are the representatives of the future and we’ll never surrender.”

As of 4:20 PM., protesters were burning mocking puppets of the judges as a symbolic intolerance against the court’s ruling before lining up to march from Rama I road through Chaloempao Intersection to the German Embassy in the Sathorn area.

Meanwhile, heavy lines of police forces, fences, and barricades were deployed at the intersection to attempt to prevent the demonstrators from passing to possibly reach the Police Headquarters.

Protest guard representatives then negotiated with the police to allow them to turn right at the intersection towards Henri Dunant Road. Police forces as well as a water cannon truck slowly retreated following the negotiation.

However, according to iLaw, some protest frontliners reportedly attempted to confront the crowd-control police line near the Institute of Forensic Medicine, resulting in at least three police officers firing rubber bullets. One protester was reportedly injured and immediately rushed to the nearest hospital. The march, however, continued. 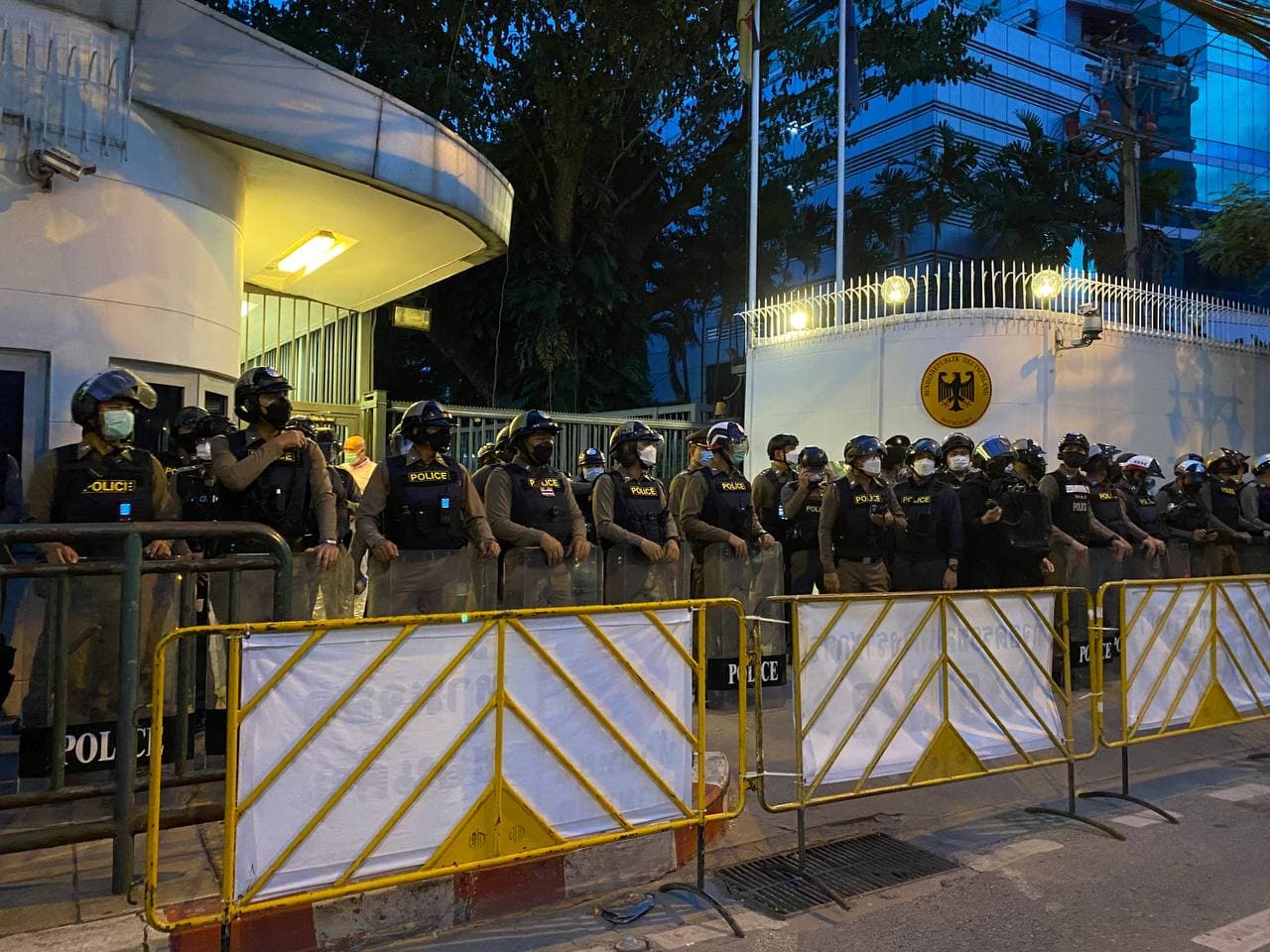 As of 6:14 PM., the protest frontliners had reportedly reached their destination in the Sathorn district where lines of police officials, approximately 100-200, were stationed in front and around the Embassy. The police also read the Emergency Decree as a warning that the protesters were currently violating the law to prevent the spread of Covid-19 Coronavirus.

Protest representatives read a statement, stating that the Thai pro-democracy movement has never been treasonous and they only seek the equality and transparency of the democratic government with the monarch as the head of state.

Officials from the Embassy then met with the representatives to receive the petition. The statements made by the protesters, in Thai, are below. Their statements and opinions are entirely their own. The protest ended shortly after the petition was handed over without any further major incidents. 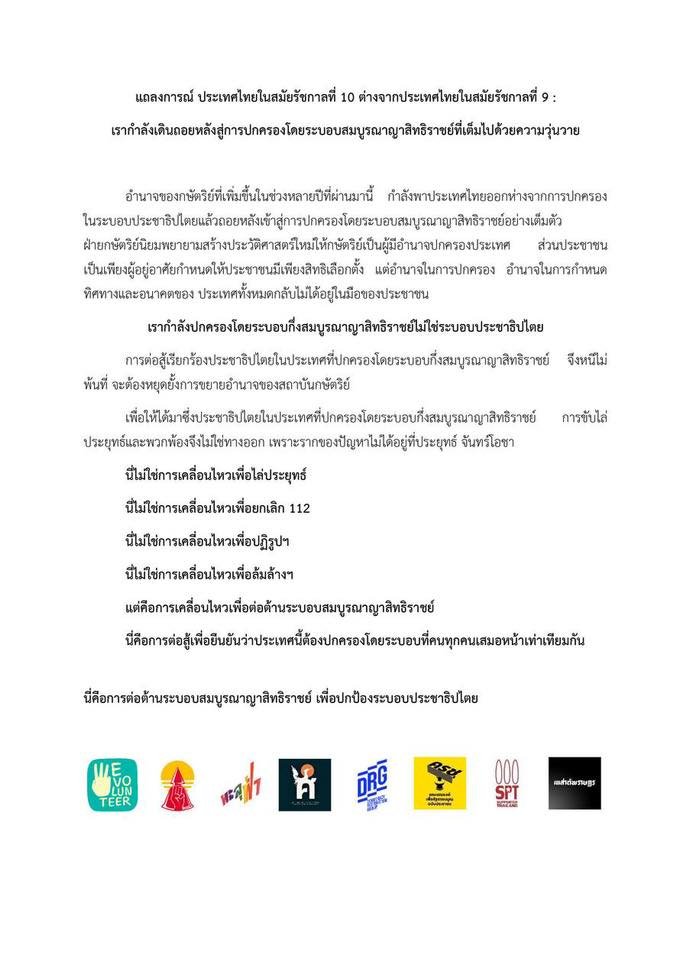