The Center for Covid-19 Situation Administration (CCSA) today, January 7th, announced the readjustment of color zoning in most provinces to the controlled area or the Orange Zone and other preventive measures to curb the domestic rapid spread of the Covid-19 Omicron variant.

According to CCSA spokesperson Dr. Taweesilp Visanuyothin, all of the 30 provinces in the high surveillance area or the Yellow Zone will be moved to the controlled area, starting this Sunday (January 9th). The Blue (Business, Leisure, Ultimate Experience) Zone provinces, including Chonburi (Pattaya) and Bangkok, remain the same despite the significant rise of infections in most tourist pilot provinces. 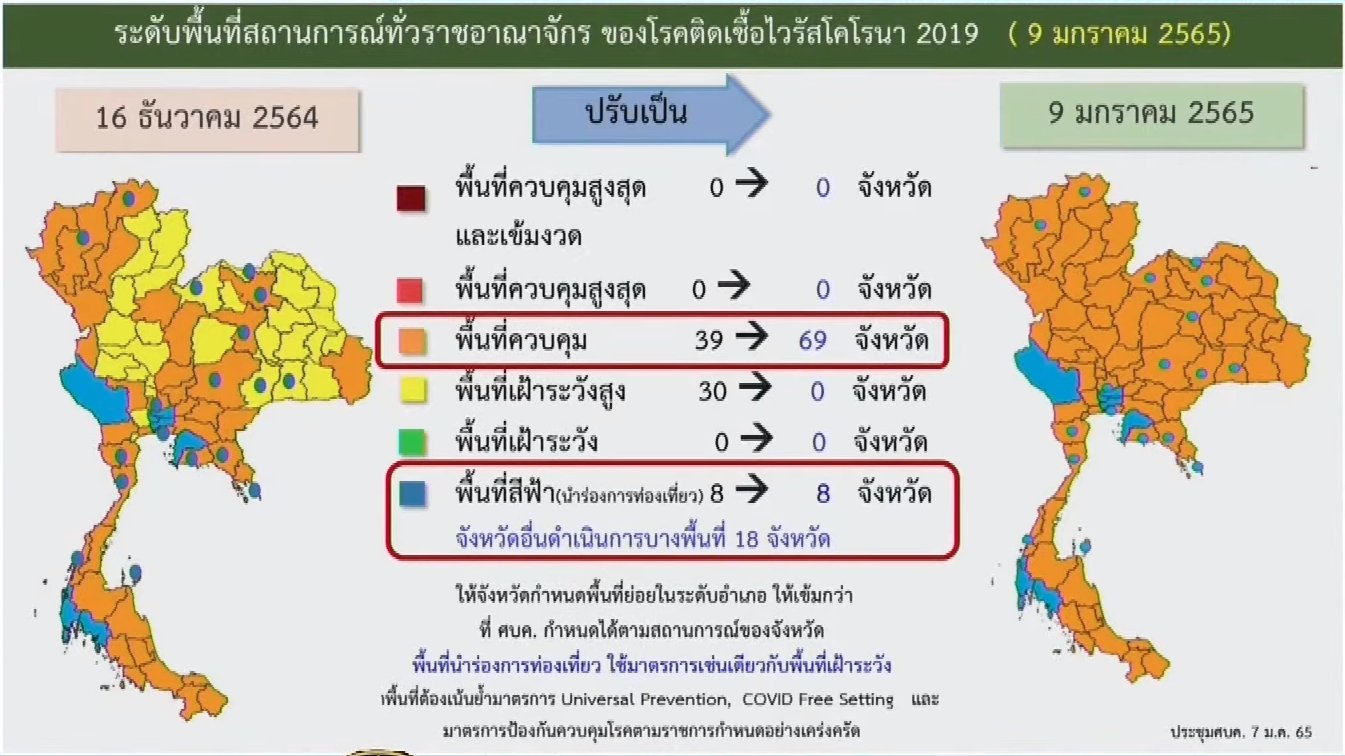 Under the controlled area regulations, all of the 69 orange provinces are not allowed to sell and serve alcoholic beverages in restaurants. Large gatherings and exhibitions can be staged with not more than 500 attendees. Effective as of January 9th, 2022.

In the Blue zone provinces, alcohol is still allowed only at SHA+ and/or Thai Stop Covid qualified restaurants/eateries and can be served until 9:00 PM. (Effective as of January 9th, 2022.) “Modified” restaurants from entertainment venues (pubs, bars, karaoke lounges, etc.) can now be officially operated only if approved by the Provincial/Bangkok Communicable Disease Committee before January 15th, 2022. 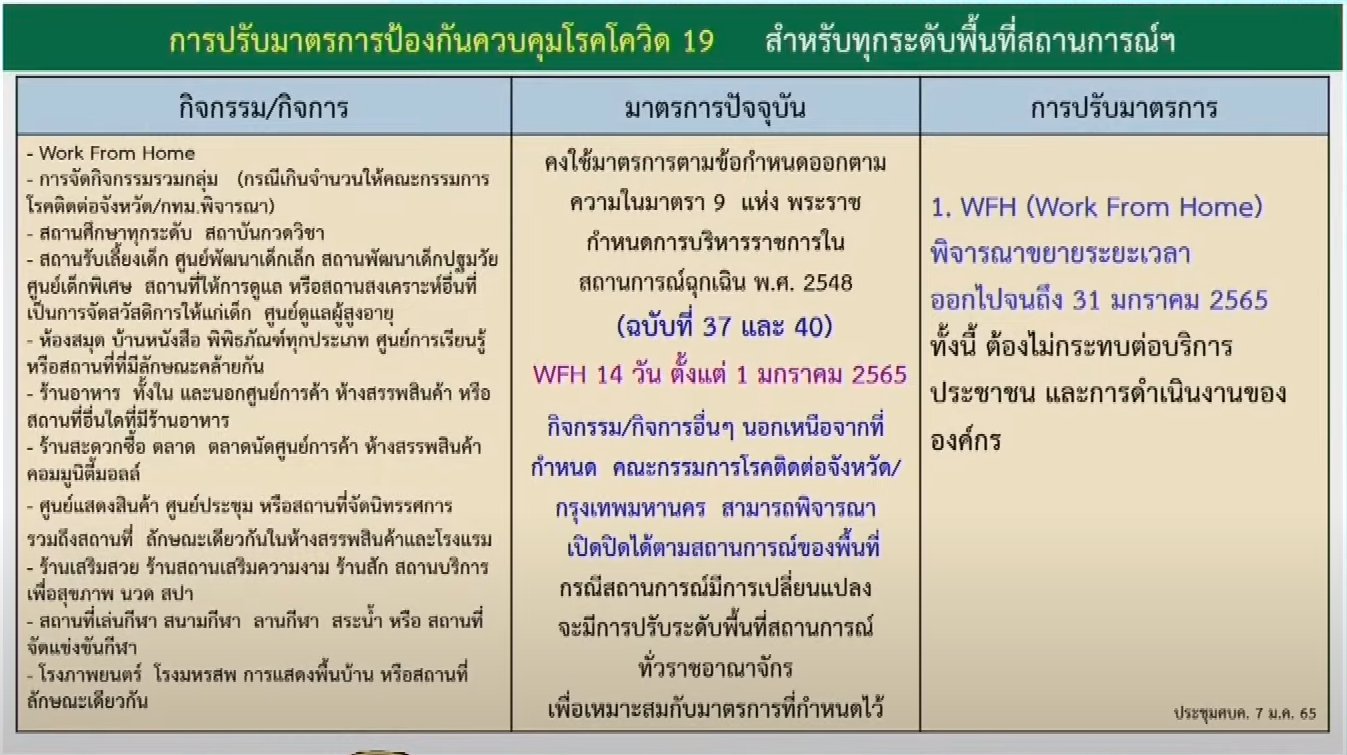 The CCSA also agreed to extend the Work From Home scheme for government offices/departments until the end of January. Private sectors are also encouraged to comply with a similar scheme.

For international arrivals, the “Test&Go” tourist program remains suspended and only welcomes registered passengers who already approved before an impending cutoff date (Editor’s note: UPDATE: As of January 8th, 2022, there is no cutoff, however, it is constantly being evaluated according to the Ministry of Foreign Affairs. We advise anyone who falls into this category to keep a close eye on things). The government also will cancel its suspension of the arrival from eight high-risk countries in Africa as the Omicron variant has already spread across the globe, not just in a particular continent. They will be allowed to enter the country under the Sandbox program or hotel quarantine the same as arrivals from other countries, starting January 11th.

Sandbox programs will be implemented in an additional five areas, namely Koh Samui, Koh Phangan, Koh Tao, Phang Nga, and Krabi. Sealed routes (ability to travel between the islands) will be applied in the Sandbox program from January 11th onwards. 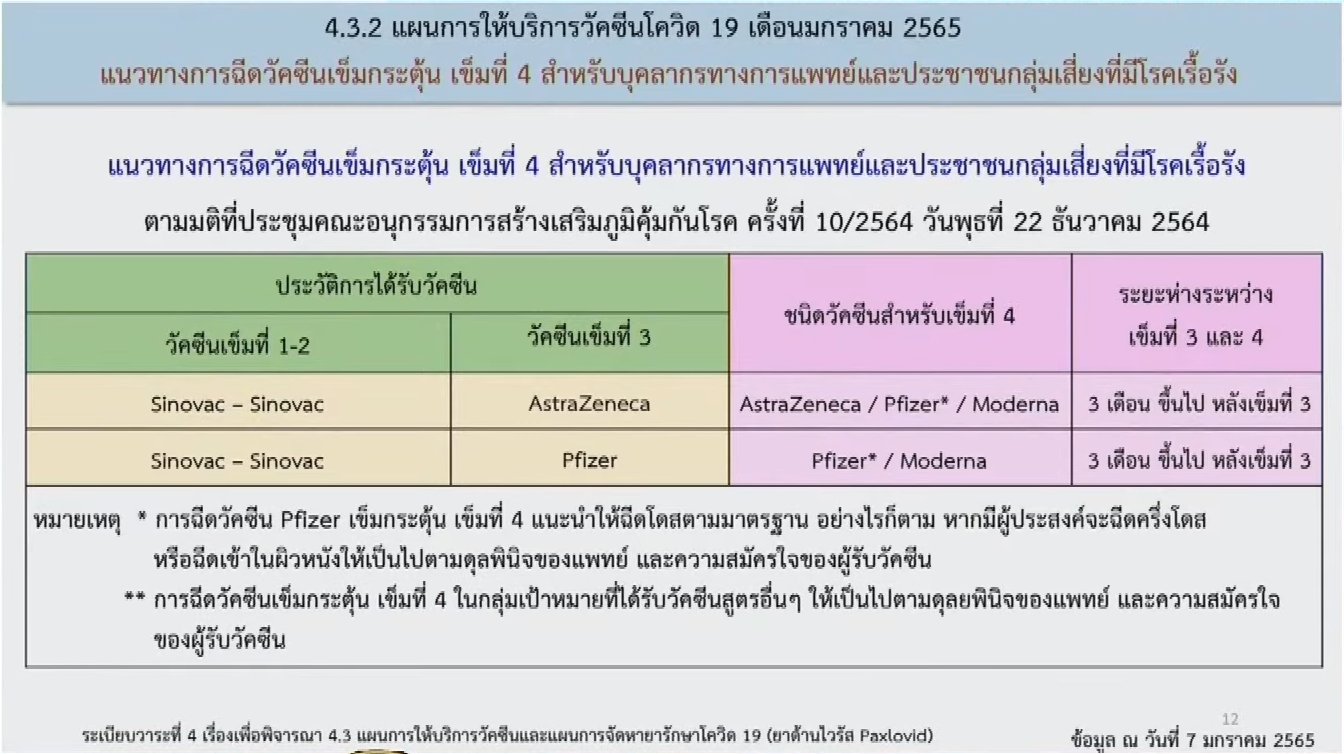 The CCSA also mentioned the 2022 vaccination plan that people aged 12 years and over who are not fully vaccinated are welcomed to receive a walk-in injection at qualified vaccination centers nationwide. For children aged 5-11 years, Pfizer vaccines are sufficient for voluntary injection. They can receive the vaccination under parental approval.

A second booster dose, or the fourth dose, will be provided initially for medical personnel and people in the high-risk groups and/or with health conditions. The type of vaccine and the period of the injection will be according to the guidelines of the Ministry of Public Health.

Dr. Taweesilp also urged the public to remain calm regarding the significant increase of domestic infections in Thailand as the number of fatalities and serious cases remain low and recent infections are mostly suffering from mild or asymptomatic conditions. Meanwhile, the government would closely monitor the situation and take serious action to solve the high number of infections as effectively as possible.

This story may be updated with more clarifications on some rules from relevant agencies this afternoon.