The Royal Gazette also issued an announcement that Thammanat Prompao and Narumon Pinyosinwat were to leave their ministerial posts as deputy agriculture minister and deputy labor minister respectively.

According to Thammanat’s statement at the parliament today, he decided to resign due to internal rifts and different political ideologies with Prime Minister Prayut Chan-O’Cha and the Palang Pracharat Party.

However, his resignation letter that was issued Wednesday has marked the same date as a Royal Gazette announcement, stating that the two ministers should leave the positions as proposed to His Majesty the King by the Prime Minister, seemingly stating that the two were fired.

It is debatable whether the former Deputy Agriculture Minister was resigned or was removed from the position.

Thammanat has long been arguably the most controversial member of the current Thai Cabinet due to an Australian drug conviction, whose circumstances he disputes. You can click here to learn more about that. 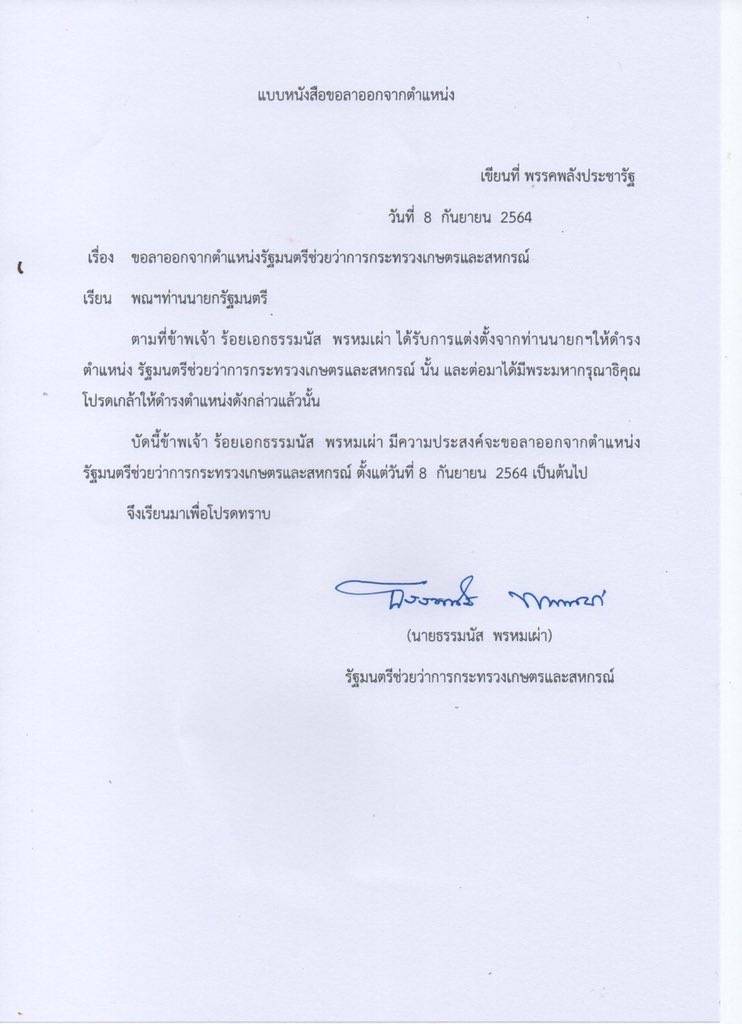 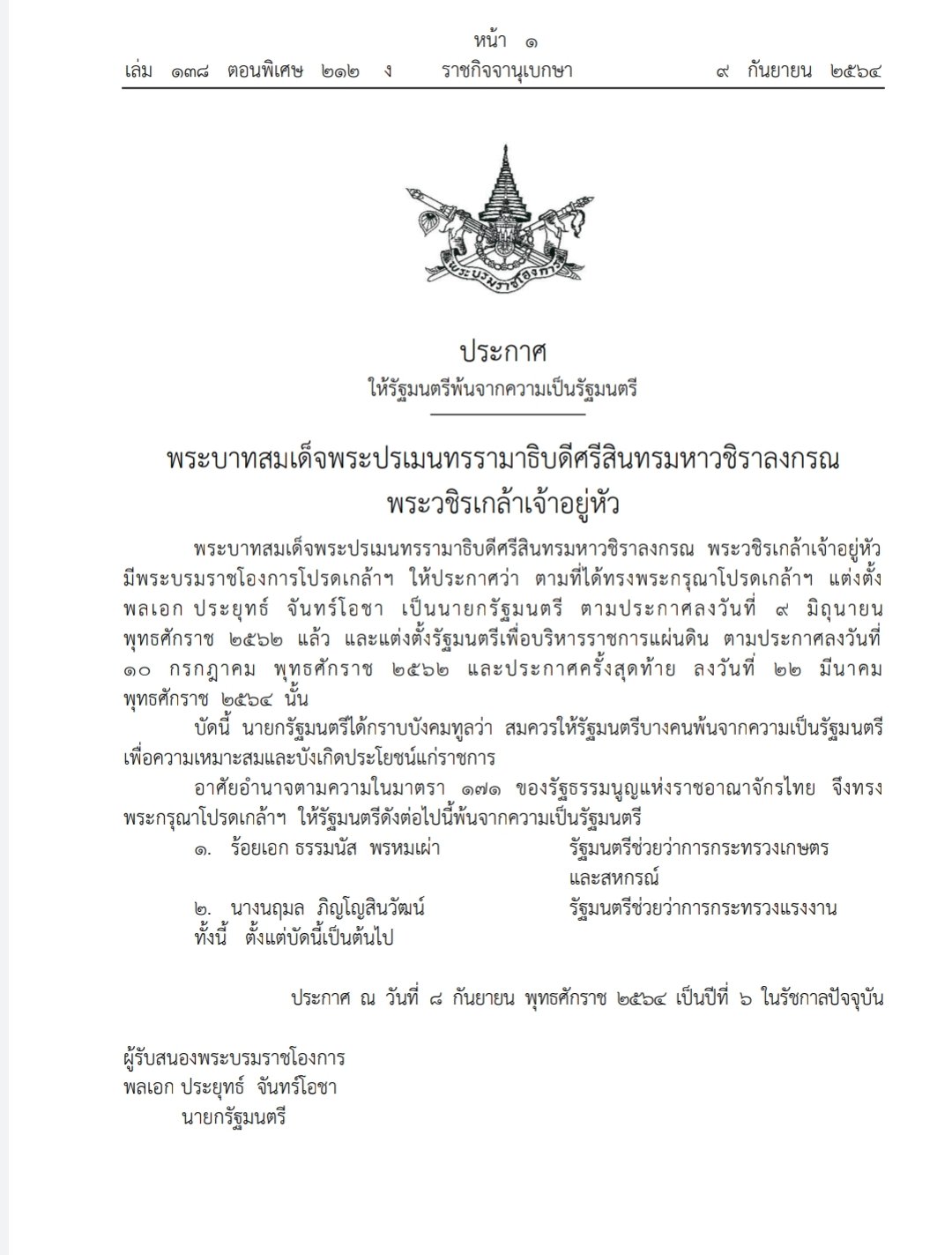