Local villagers from Chana district in the southern province of Songkhla were marching to the Government House this afternoon, December 13th, from the UN headquarters where they had been protest-camping since last week.

Members of the ‘Chana Rakthin’ network and their allies began marching at around 2:53 PM. However, heavy crowd control forces were stationed and reportedly blocked their marching routes to the House. Two detention trucks and more than 13 police vans are also seen deployed in front of the Education Ministry, according to iLaw reports.

The group was gathering for an overnight protest in front of the UN Headquarters in Bangkok again this year to seek the government’s action against the industrial estate development project in their hometown after the authorities promised to revoke all cabinet resolutions involving the project in December last year.

According to their statement, no action had been taken from the government’s one-year promise. They, therefore, were staging the protest again last Monday, December 6th, when the crowd control police arrested 36 group members in the middle of the night. 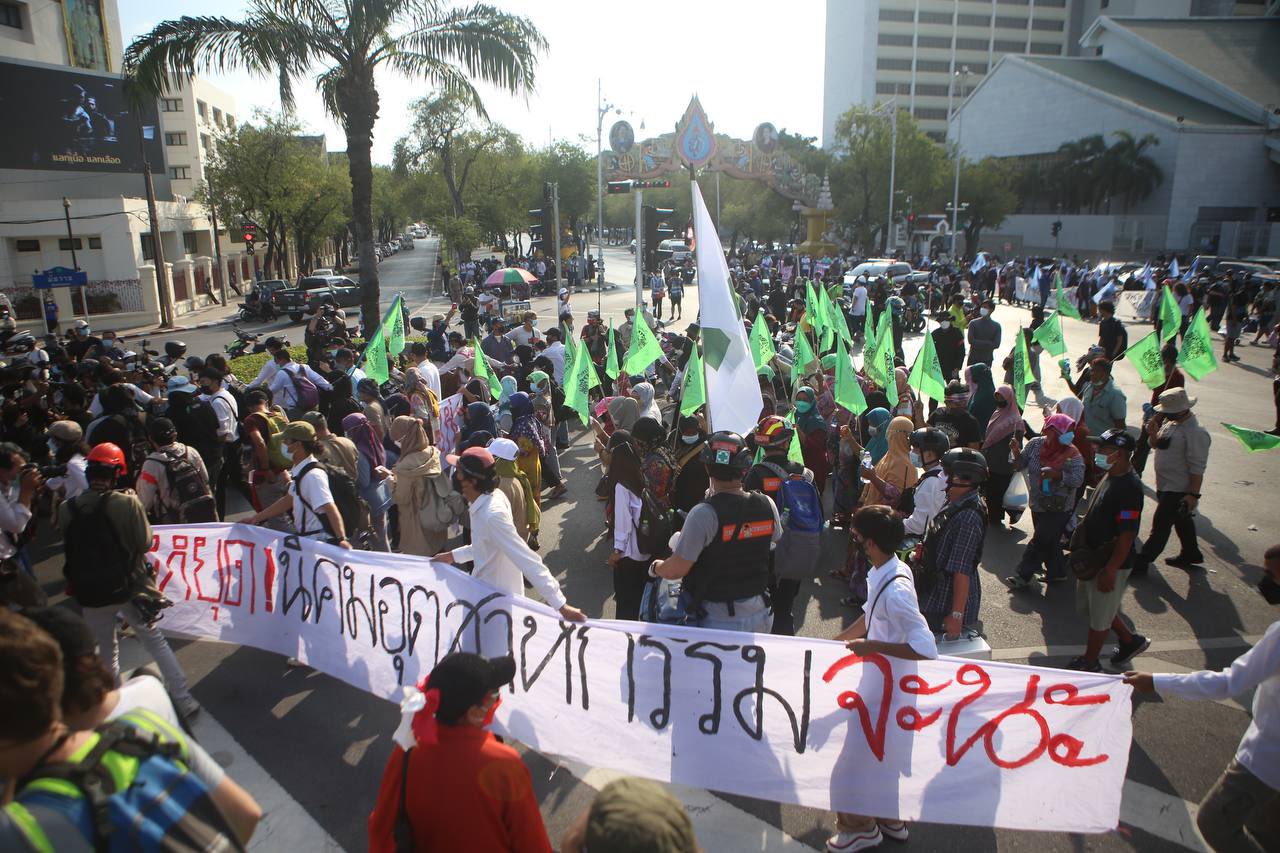 As of 3:00 PM. today, the protesters were facing the first crowd control police blockage at the Makkhawan bridge. Protest representatives then negotiated with the officials before telling the protesters to march down Krung Kasem Road instead to avoid police blockade and confrontation.

They were facing heavy barricades and police blockage once they were reaching the Chamai Maruchet bridge which leads to the Government House at around 4:30 PM.

A small clash occurred at the Chamai Maruchet bridge shortly after protesters tried to push through the police barrier to their destination. Police then pushed them back with the shields while the protesters were reportedly seen throwing plastic bottles at the force, according to iLaw. 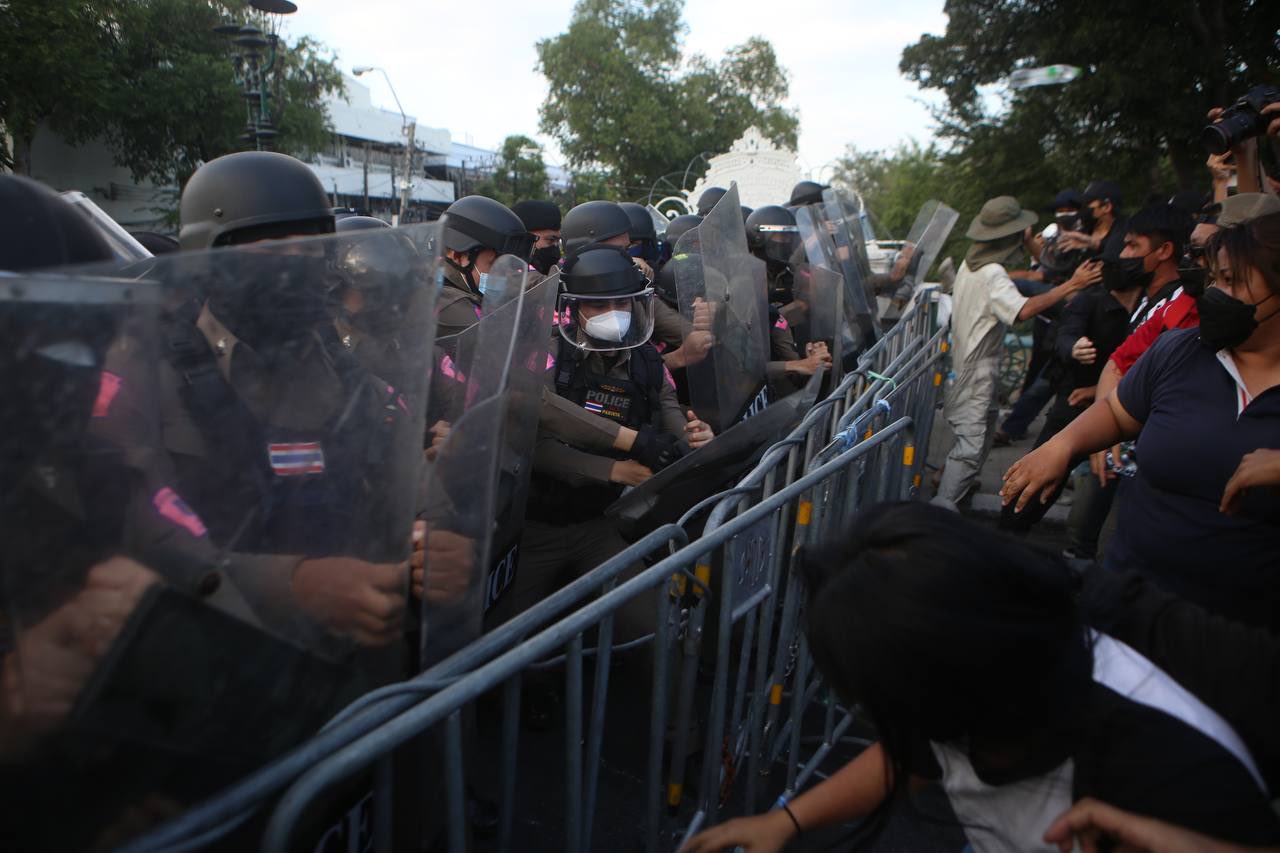 The protesters then decided to settle down and in front of the police barrier which was a few meters away from the Government House as of 5:00 PM.

One of the protest representatives, Somboon Khamhang, read the group’s statement demanding the government to keep its promise and take serious actions against the halt of the Chana industrial zone project until a Strategic Environmental Assessment (SEA) is completed.

The group insisted to stay and protest at the Chamai Maruchet bridge until the resolutions of the project have been issued. 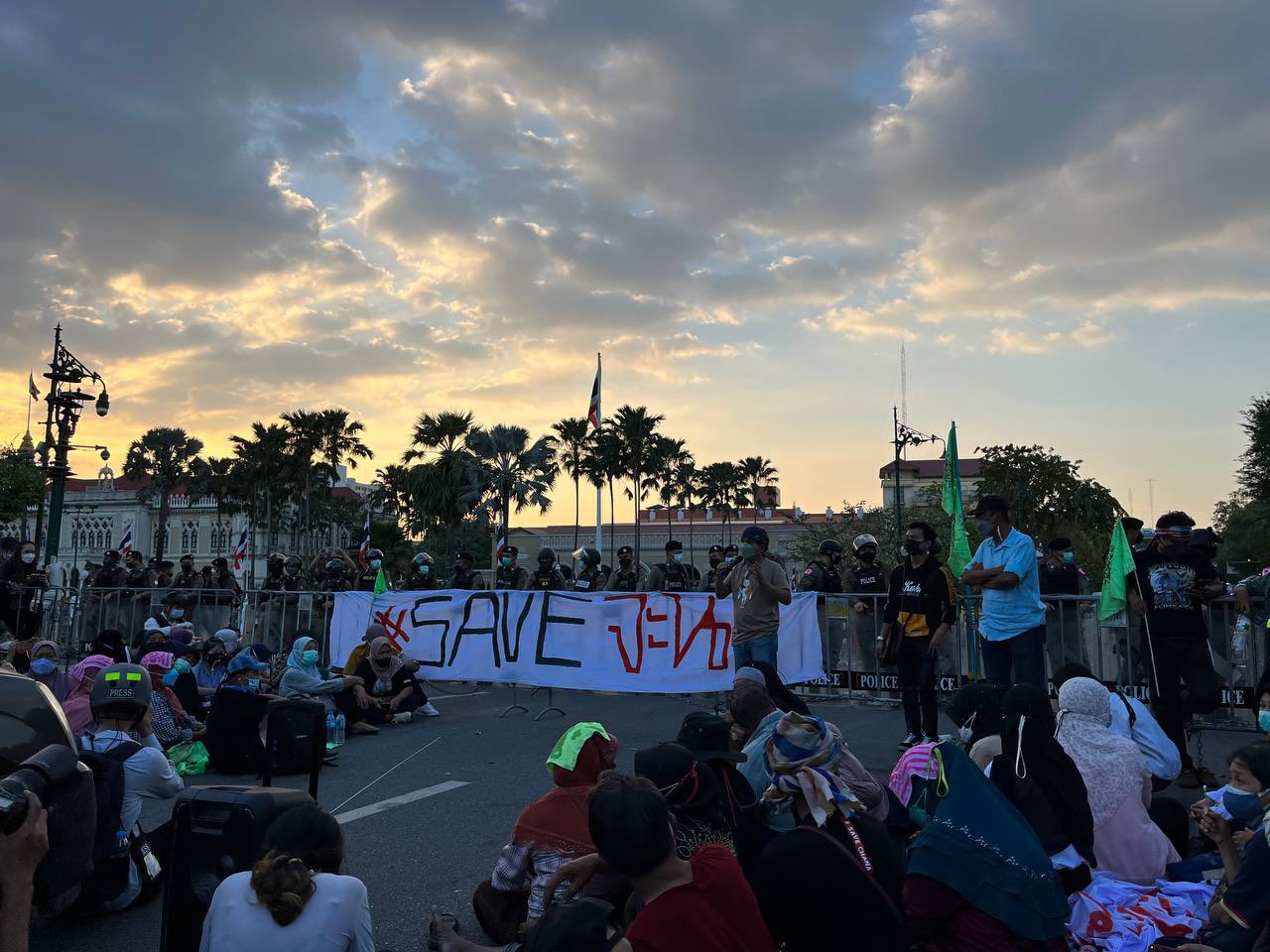